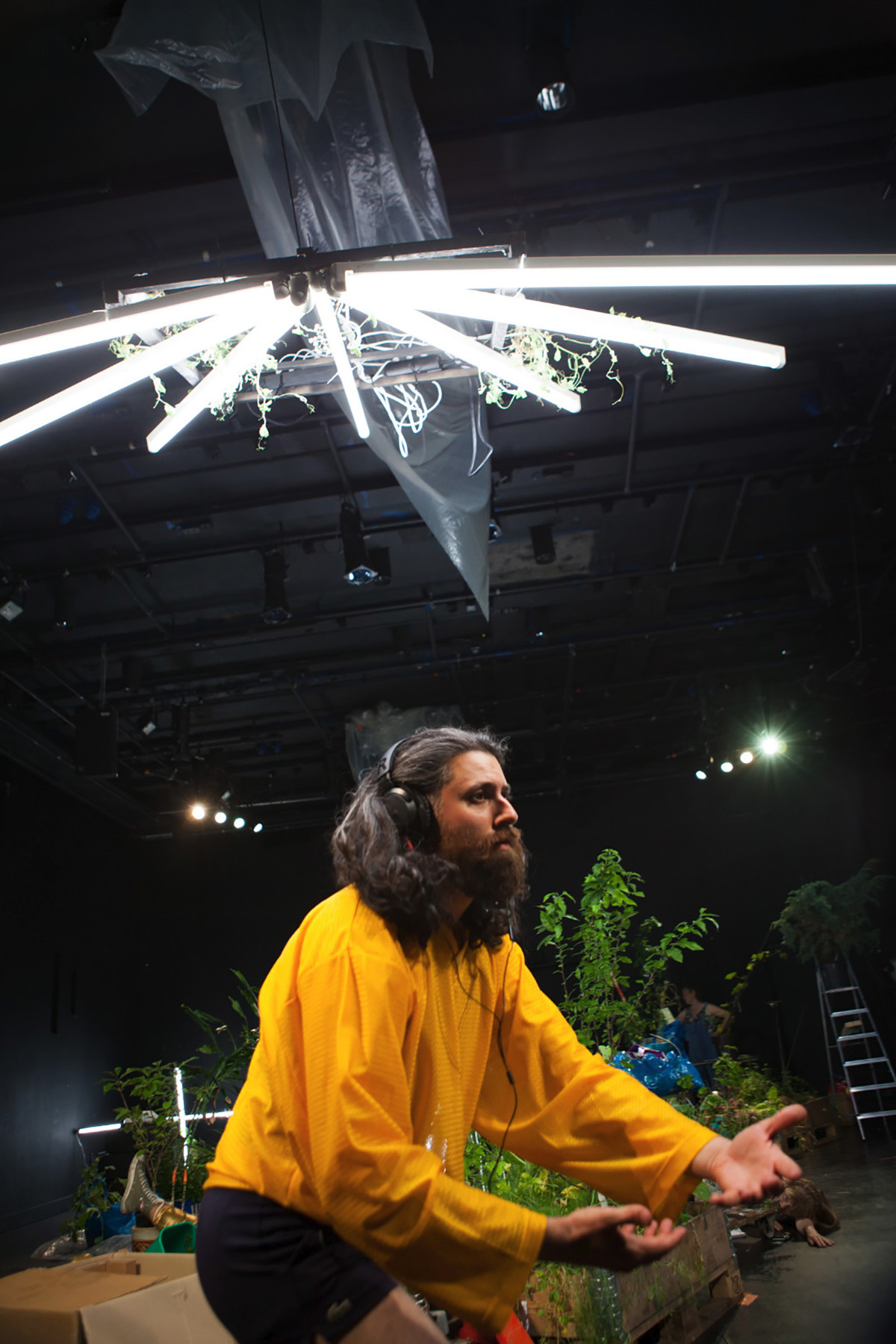 WHERE: Diana-stage and was part of Stage Festival & Helsinki Fest

WHAT: Some Plants Need More Light than Others, but All Need at Least a Little was a performance marking Blaue Frau’s 10th anniversary. The performance was a multidisciplinary work that combined dance, visual art, and performance. The performance situated in the time after the disaster, to the time when we were out of all energy and nothing was left. What can grow from emptiness? The scenography consisted of plants that we had been growing during the summer and in the autumn we filled the performance space with them.