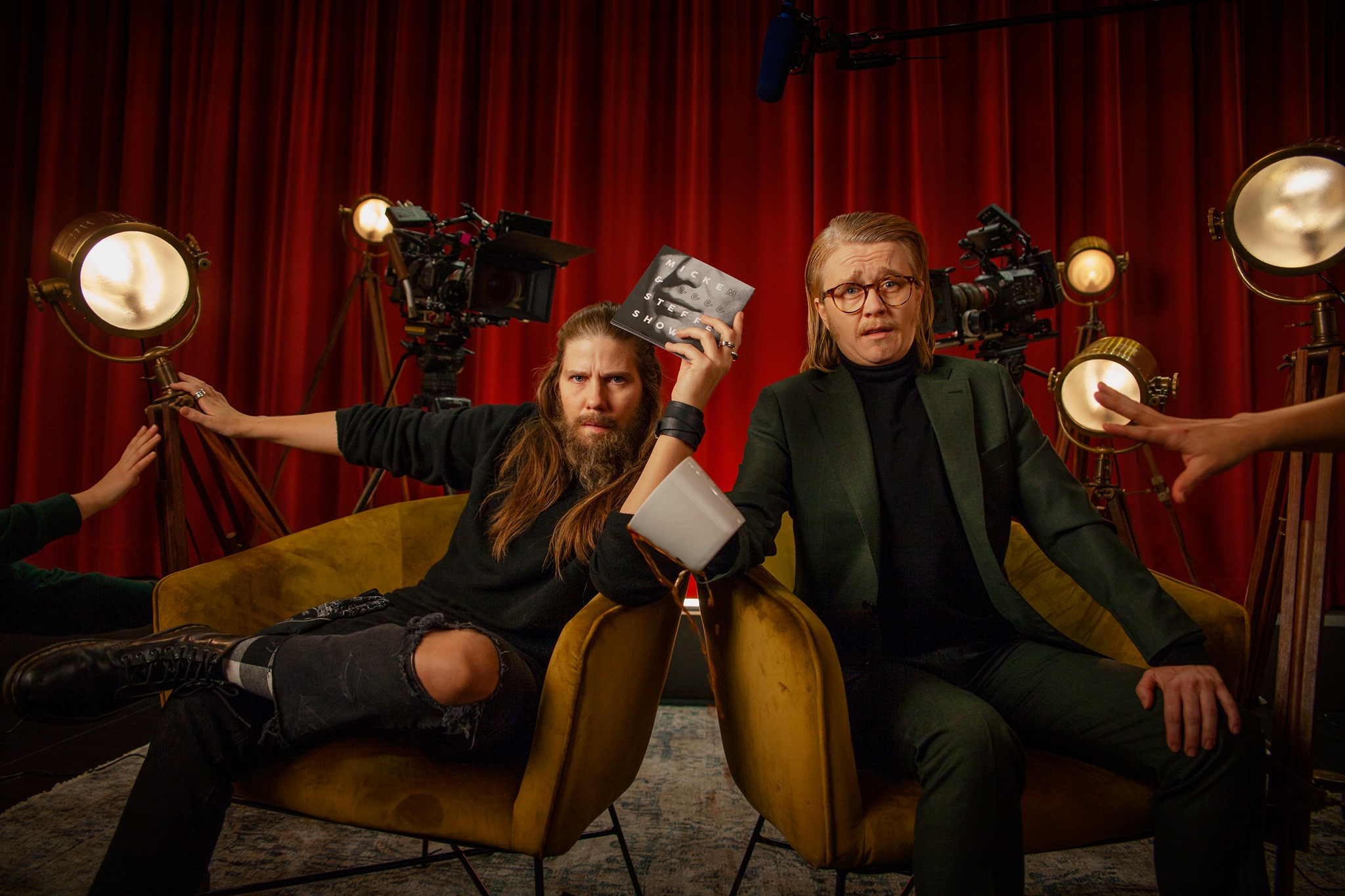 WHAT: Finnish-Swedish drag kings, Micke Palmgren and Steffe Strand, finally got their own talk show, The Micke & Steffe show. Premiere for this talk show of 8 episodes was on the 10th of April, 2020, and all the episodes are available in Yle Arena on 29.5.2020. The talk show can be watched from abroad and is subtitled in Finnish.

Micke and Steffe are two new cultural characters who analyse manhood and masculinity in their talk show that is both serious and humorous. The show discusses what it is to be “a woke man” in today’s world with eight invited guests. The different personalities of Micke and Steffe provide the program a depth and capacity to approach the theme of manhood from many different angles. Micke Palmgren (Sonja Ahlfors) is more balanced but confused in his polo shirt and disturbing man-spread. Steffe Strand (Joanna Wingren) is more choleric and laid-back in his rock style with a man bun and beard.

The Micke & Steffe show is a unique interview program as the interviews are made by actors in their roles. At the same time, Micke and Steffe are comic figures whose arguments between interviews add interesting layers to the themes each episode is dealing with.